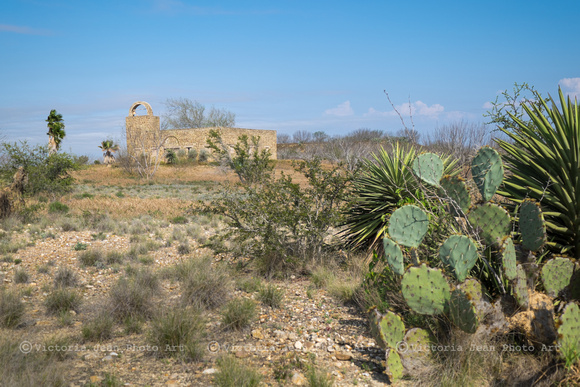 Abandoned Building at the Park

The night was warm, and the air inside the RV grew stagnant. It must have been around 1:00 am that I broke down and turned on the a/c. The open windows and ocean breeze just wasn’t cutting it. I was awake early enough to try to catch the sunrise over the ocean this morning. I took Lil out with me, my camera and a hot thermos of coffee while Justin stayed back at the RV. The sun stayed hidden behind clouds, which turned out to my advantage for I wouldn’t have been able to get the photo over the water with the stirring blur in the water and rolling clouds. If you’ve ever been to the coast, you noticed how all the trees bow inland from the constant push of the ocean winds. While trying to make a dramatic looking photo of one of those trees near the beach, my sweet dog decided to photobomb the shot. I couldn’t resist, I had to snap it quick and include it in the gallery. That’s just my sense of humor, take it or leave it.

Click on image to see more of Corpus Christi experience.

After getting back to the RV, we decided to try boondocking for our next stop. Boondocking is staying where there are no developed campsites, no amenities, no water, electric, and for free. We chose Padre Island down the coast a bit. It is the longest stretch of undeveloped barrier islands in the world, and camping is allowed directly on the beach, in the salt and sand. Sounds lovely, but I was getting hangry, so we found a spot to stop for lunch, Mikels & Mays right on the beach 10 minutes from Padre Island. While we sat eating, I couldn’t help but notice how one customer was being refused service while he sat patiently on his chair waiting. I felt bad, so I threw him some of my sandwich, which he promptly flew down to gobble.

Padre Island… it was everything one could imagine for camping on the beach. We drove along the sand, careful to avoid the really soft spots, and snugged the RV up next to some dunes. Very few other people around, it felt as if we had miles of the beach all to ourselves. Some moody weather was rolling in again which had the gulf churning out some good sized waves. It sounded like a roar at times.  With still 3 hours to go before high tide and the aggressive waves making their way closer and closer to our wheels, we moved back up off the beach until the tide changed. Lil enjoyed al long walk on the beach with us, so many interesting smells for her, and there were Portuguese Man-of-war jellyfish blown up everywhere, we were careful not to step on any. Surprisingly, there were almost no seashells, but don’t be sad for me because I was able to find a perfect sundial, slipper shell and shark eye shell. By 6:00 pm, we were back down on our spot and all set up. We grilled hot dogs for dinner as the sun set. Then built a small fire to sit around and soak up the whole experience; camping in the sand on the beach with a fire. Lil was wrapped like a little burrito in her serape. She had curled up in my chair after I got up, and she was too damn cute there to move, so I sat on her beach bed and enjoyed the beach fire with her and Justin up in their chairs. After the warming glow of the fire faded off, we went to bed, leaving some windows open to let the sounds and smells of the ocean fill the RV. The occasional rain pattered on the roof throughout the night. Life is good!

Click on image to see more of the Padre Island experience.

Two weeks on the road! I’ve got a lot more in me, this whole experience has been wonderful so far!

The high tide in the early morning had come up over our wheels, but did not entrench us in the sand. We were able to easily drive out of it. Another beach walk with Lil and we tucked her back in her bed in the RV so Justin and I could take the scooter down the beach farther than the RV could go. We puttered through soft spots, having to push the scooter at times, and made it about 5 miles before having to leave the scooter. At a certain point, only 4x4 vehicles are allowed, so we parked next to the warning sign and went on foot just a little farther. The beach was the same as where we had camped with the exception of those larger soft spots that would have trapped us. Apparently, near the 20-mile point there are much larger shells to be found, but since we only made it to the 5-mile point, we called it good. I did find a cool yellow float that I grabbed up. We puttered back to the RV, rinsed off the scooter (she was covered in sand) and consulted maps to find our next destination.

Onward into the west plains of  Texas. I found classic country road trip songs to sing along to (Texas Tornado by Tracy Lawrence or On The Road Again by Willie if you want a soundtrack for the blog). There were a few hokey roadside attractions along the way; a rusty iron longhorn, a giant snake, and even an oil rig outfitted with longhorns to look as if it were a bucking bronco while it worked the field. The farther we drove, the palm trees and sand were replaced by white rocky fields , scrub brush, yucca and cactus and every now and then you could see more oil rigs pumping away. Lil stayed curled on my lap most of the way, watching out the window and jumping up in excitement every time she saw cattle pass by. I knew we were getting close to our next stop of Laredo when we saw Border Patrol units more frequently.

We arrived in Laredo late afternoon. It was pretty much right on the border of Mexico. We picked Lake Casablanca International State Park to stay the night. I hadn’t expected much being so close to the city, but was pleasantly surprised as we pulled in. The grounds felt secluded enough, and were surrounded by rolling bluffs. There were trails strewn along the sites, covered in white shale and a fun mix of other beautiful rock. I immediately noticed a sweet fragrance in the air. It was warm enough to merit a t-shirt so after we parked, I quickly changed immediately took Lil and my camera out on some of the trails. Again I find myself picking up the precious pebbles, and even found an agate broken exposing the tiny crystal city inside. That sweet fragrance was coming from patches of colorful desert flowers. I stopped to get Lil’s photo in one while she stuck her nose up taking in the smells. There was also an old abandoned building atop a bluff, which was begging to be photographed. The park service believes it may have been used as a museum at one point, but it now sat empty, boarded up and watching over the park from its perch on the mount. We walked the trails past many cactus and some pretty intimidating crown of thorns bushes. While all the pokie plants didn’t seem inviting, I was loving the terrain. So different from where we had traveled from; arid and dry yet still vibrant and intriguing. After getting back to the RV, I took some time to work on photos and the blog, then made a dinner of tortellini. During dinner, we decided that while we’re in Texas, we just have to find a genuine Mexican restaurant and also try Texas BBQ. One last quick walk with Justin and Lil led me to run back to the RV to get my camera. The city lights were illuminating the sky in a lovely blended manner and barely lit the old building I shot earlier. With a brisk wind making me work quickly, I took a minute to shoot the building against the glowing night sky.

Click on image to see more of the Lake Casablanca experience.

It got much cooler throughout the night, mid 50’s by morning. I made us eggs and bacon for breakfast, then suited up to go explore the nearby lake with Lil. I read that this place was rich with fossils from marine and mammals if one found the right spots. I walked along the lakefront with Lil, her bounding in and out of the water. Eventually, we came upon some bluffs that calved away washing into the lake. The stood a good 25 feet above the waterline and exposed several different geographic layers in time. Just below them, on the water, the waves had washed away enough to expose what I was looking for; fossil oyster beds where many fossils of both marine and mammal could be found. I was able to find a piece the size of my hand to look more closely at, hoping it would yield some nice tiny specimens. From what I've read, around 42 million years ago Laredo had large gulf waves breaking along a beach, and wasn't the dry dusty climate found today over 150 miles from the gulf.

We got back to the RV and tidied up. Justin had done some research on the maps and found a good trajectory to continue on in, so on we went!