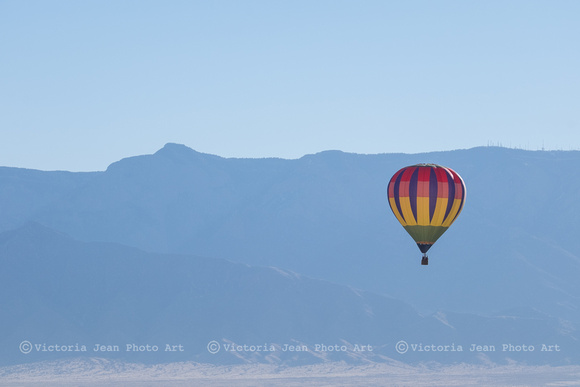 We arrived in Albuquerque and found the RV park within the Kirtland Air Force Base which meant a good chance to catch up on the blog with their wifi and do some laundry. You know, I brought all these books, games and other things to do during the down time I thought I'd have. Turns out, this blog has been keeping me very busy with the photos and writing.

Justin did a bit of research on this city, and there is quite a lot a person can see and do here. It's also a nice change from hiking dusty trails, though it's still plenty dusty here. Someone told us they had rain for the first time in seven months last week.

After a night of rest and catching up, we were ready to check out the town on scooter. First stop was the National Museum of Nuclear Science and History, after all, I'm married to a nuclear mechanic that has worked with both types of nuclear onboard a submarine- destructive power (nuclear bomb) and energy power (nuclear reactor).  This place was pretty fascinating, and the volunteer staff were quite helpful and friendly, adding in their own bits of experience and history. We strolled through for a while, viewing their extensive exhibits from the pioneers of the atom to the possibilities for the future of nuclear power. The things that struck me; I've never seen a ballistic missile before and the sheer size of the thing "blew me away" (bad pun, I know), and they also had pieces of Trinitite, melted sand and residue left behind on the desert floor after testing a nuclear bomb at the Trinity site in July, 1945. I bought a few small pieces from their gift shop, and they came in a tiny protective case with strict handling instructions.

After the museum, we buzzed into Old Town Albuquerque. Along the way, we traveled down part of Route 66 through the city. It was such a feast for the eyes. I was pleasantly surprised at how clean and hip this city was. The businesses were adorned with bright colors and interesting shapes and textures to catch your eye. There were still some of the old kitschy neon signs reminiscent of an earlier era of the city when Route 66 was an attraction.

Old Town was founded in 1706 by Spanish Colonists, and still had much of the original adobe houses and shops. It’s just what I was hoping for; vibrant yet slow paced, narrow streets and alleys leading to more stimulating décor, shops with all kinds of collectables, restaurants that had outdoor seating in clean and small patios. It was quite fun strolling up and down this small section of history. We caught lunch at a diner just outside the historic district then headed back to the RV.
Lil needed some attention, so we secured her into her scooter bucket, donned her doggles and buzzed off to a nearby dog park. She loved the open free space and chance to play with other dogs for a while. It wasn’t long before she tired herself and we headed back.

I was excited for this mornings excursion, a hot air balloon ride over the city! We rolled out of bed early enough to catch the first ride of the morning with Rainbow Ryders. It was really something to watch them prepare for the ride, and how much of an orchestration it was to get the balloon inflated. Our basket held approximately 6 people, and we stayed warm enough being under the propane burners. As we lifted off, I did get that tiny butterflies feeling. We ascended to an altitude of around 7400 feet above sea level (2400 feet off the ground). The view was breathtaking. I could literally see the curve of the earth on the horizon, though my fisheye lens helped exaggerate that. We were one of nearly 30 balloons up in the air this morning. Apparently, this is quite a regular thing around here since it’s the perfect climate for hot air balloons. I’d love to see this place when they have their hot air balloon festival attracting over 500 balloonists. We landed safely and were welcomed back with an Irish balloonist prayer and a champagne toast; “The winds have welcomed you with softness, the sun has blessed you with it’s warm hands. You have flown so high and so well that God has joined you in laughter, and may he set you gently back again into the loving arms of Mother Earth.”

More to see and do! We drove just a little ways out of town to see another ancient attraction, the Petroglyph National Monument, Petroglyphs of the West Mesa. These were drawings carved into lava flows which erupted from the earth around 200,000 years ago. Ancient people carved stories and images into the sides of the black lava rock strewn across the area. It’s difficult to date exactly how old these are, but archeologists estimate some to be as old as 3,000 years while some may be as young as 500 years. The carvings have evolved over time, being added to and changed, and sadly destroyed by vandals in more recent times. It was fun to walk along the trails at the base of these rock to try to spot where they were. There were so many, it seemed at one point that every rock and been marked. Lil had more interest in the smells of other critters that played within the brush along the trail.

We worked up an appetite so we found a local pizza place to get our fix. The local favorite was cheese, pepperoni and green chili peppers, and I’d agree with locals, it was pretty tasty! After lunch, we worked our way onward. The ridges in the distance had perfectly flat tops, flattened by relentless winds that slowly eroded the facade exposing multicolor layers. An occasional dust devil would swirl by, uplifting tumbleweeds and debris into a dirty funnel. I even was able to catch a shot of a tumbleweed as it rolled by! There was a lot more lava along the drive; New Mexico is actually home to many young volcanoes which was interesting to me. Such beautiful countryside, much of which is held in protection by differing Native American tribes. We continued on to Gallup on Route 66 where we found a nice and clean RV park to stop for a night, rest and catch up on chores. They even had a dog park where Lil met a new friend and played a while.

Click on photo to see all we did in Albuquerque.

Chores done, weather is warming up. Time to pack up and pull out.