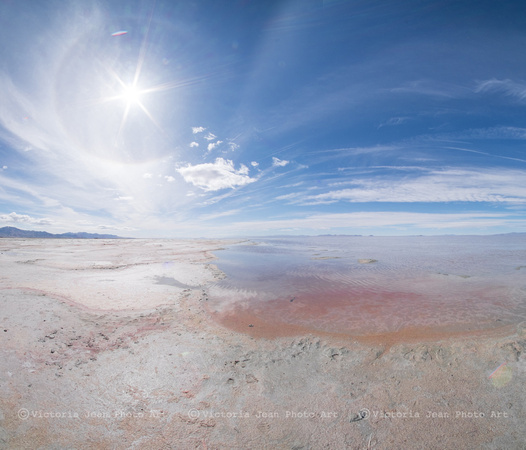 I forgot what character Justin’s grandpa was. It was good to see he hasn’t lost his feisty personality.  Lil took to him right away, loving up and sitting on his lap. He kept us laughing with wisecracks and stories of the old days while he showed us around his town a bit. Justin drove the RV with grandpa in the passengers seat, getting direction to a few local points of interest with only the kind of narration grandpa can give. One was Whiskytown Lake, a lake created when one of the first mining communities died off and was intentionally flooded after creation of a dam. The area now serves as a lively recreation lake with a small marina.  The second site was the Shasta Dam, holding back the Sacramento River to provide flood control, water storage during California’s dry seasons and also a source for power generation . Between tours, we sat and enjoyed lunch and dinner with him. When it was time to go, he reluctantly bid us good-bye, giving Justin a few more sly tips on life and love.

Click on the photo to see all of the Redding area.

We drove on into the night through the elevations of the Lassen National Forest, with the moon casting shadows of the tall pines over the snow. I had forgotten how beautiful and peaceful night shadows on snow really is. Our stop was in the valley town of Susanville where I can proudly say we spent our first night boondocking in a Walmart parking lot! It was great to finally find a safe place to stop and rest our head for the night.

As we head back East to return home, it only made sense to swing through the Salt Lake City area to visit with Justin’s sister. We couldn’t make the drive across Nevada all in one day, so we broke it up by boondocking one more night at BLM land on the Humboldt River in Nevada. This was one of the most serene spots we’ve found so far. It was a flat gravel pad on the edge of the river in a small canyon with ridges on either side. It sat on a dead end road of what was the old highway cutting through the hills before the interstate took over. We pulled in late in the afternoon, just as the sun started to set. While Justin walked Lil along the river, I made us a hearty pork steak dinner. We stuffed ourselves and settled in for the night.

This is the BLM area in Nevada.

We woke to a beautiful sunrise, which I didn’t roll out of bed in time to capture. By the time I got dressed and grabbed my camera gear, the sun was already above the ridges, but I was able to get a good image of the river with the flame red brush along the banks.

We pulled out and headed for Ogden, UT.  I was eager to see the Bonneville Salt Flats of Utah. We came upon them just after crossing the state border. It was easy access since the interstate cut right through them. They haven’t always been so easy to navigate. Before the area was developed, early explorers would traverse them to find and settle new land. Even today, the environment is harsh and unwelcoming; back in the 1800’s it proved to be tragically dangerous for unprepared explorers to cross. The salt flats were created when the ancient Lake Bonneville covered nearly six times the area of the Great Salt Lake. As it became cut off from connecting waterways, eventually evaporating but leaving behind vast deposits of salt. Today, wind and water work back and forth to create the spanning flat rock-like crust of white salt. True to form, I couldn't leave without a quick taste!

Click the photo to see all of the salt flats experience.

We arrived in the Ogden area that afternoon, where Justin’s sister warmly welcomed us in with a scrumptious meal, big bed, free laundry and long hot showers! Her two sweet doggos were full of kisses and overly curious about the scruffy hot blonde we brought along.

Another thing to knock off my bucket list of must-see icons in the states- the Spiral Jetty right here in Utah! Justin’s sister was just as excited to see this spectacle and navigated us along long dirt roads to find it. I learned it was actually a work of art, from the day it was created, it remains in a constant state of decay as part of the artists intention. The Spiral is a 15 foot wide spiral formation of basalt rock which sticks out in stark contrast to the white salty sand surrounding it on the edge of the Great Salt Lake. It took approximately 10 days to create in 1970, and was covered by the changing waters of the lake within a year. It stayed covered for the next 30 years before water receded enough to reveal it again. Today, it attracts tourists to see it in its constant state of change; salt encasing the some of the black rocks, waters ebbing in and out from it’s edges, appearing just a little more intriguing by the magenta colors of the water made rosy by salt loving organisms in the water which has a salt content 10 times more salty than the ocean. This is one of those locations a person needs to visit on several occasions to see it in the many beautiful variations to the landscape that Utah offers.

Click on the photo to see the Spiral Jetty.